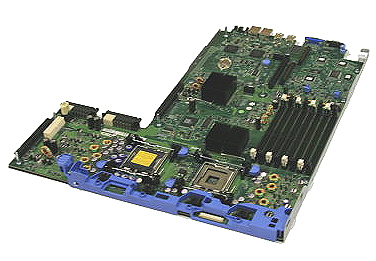 Generation I system boards (motherboards) support Intel Xeon 5000/5100 series dual-core processors with 4M cache only. They will NOT work with any quad-core CPUs like the 5300/5400 series with 8M/12M cache, or the 5200 series dual-cores with 6M cache. Maximum memory allowed is 32GB. Part numbers for Generation I system boards include NH278, PR278 and CW954.

If you're looking to replace a generation I or II system board in your PowerEdge 2950, consider upgrading to a generation III. Doing so now will allow you to install faster CPUs and more memory in the future, thereby adding more processing power and extending the life of your system.